Anthony Lovano was born in Cleveland, Ohio and lived in Euclid.  He comes from a very musical family; his father Tony ‘Big T’ Lovano was a barber by day and a full time musician at night.  His brother Joe left for college when Anthony was 8 years old, and now Joe is one of the greatest musicians in the music business.  Anthony started on the Alto sax at age 9 and then switched to the drums at age 10.  Anthony’s early influence on music came from a very early age. The Lovano household always had music playing.  ‘Big T’ had a large record collection including Coltrane, Miles, Dexter Gordon, Sinatra, Louie Prima, Ella Fitzgerald. When he got older, he started listening to Led Zepplin, The Who, The Beatles, The Raspberries, The Beach Boys, and the list goes on and on…

When he was in junior high, he was in the school band and the stage band.   He would always go to gigs with his father.  His father would always let him sit in on two or three tunes to feel the real thing.

Anthony played with different musicians in school and in the neighborhood playing at parties and other functions.

In 1986, his brother Joe, Big T, Eddie Bacus and Anthony went into Beechwood Studios and recorded ‘Hometown Sessions’.  Big T was so happy to be in the studio with his sons.  That year on New Years Eve the three Lovano’s and Bacus played their last gig together.  On January 8, 1987, Big T passed away suddenly. Anthony and Joe continued on behalf of there fathers’ legacy.

In 1988, Anthony joined Export, his friend Craig Hall’s band.  Craig played guitar, Jeff Anastasia played bass, and Dave Sterns sang and also played guitar.  Export was together for the next 5 years or so.

On July 14, 1994, Anthony became the proudest daddy in the world when he had a daughter Gina Lynn. I have been gleaming and still am to this day.

For the next 10 to 15 years or so, he played with other bands, then in 2008 Anthony was getting a classic rock band together, US, and needed a bass player.  He got Jeff the gig and they formed diffeerent bands and one became the signature one. The L.A. Project (The ‘L’ for Lovano and The ‘A’ for Anastasia) The Project is anyone else they get to join them.

In 2012, Anthony wanted to record his new band The L.A. Project, with Anthony Lovano on drums, Jeff Anastasia on bass, Tim Matson on guitar and vocals, Don Buchanan on guitar and vocals, Adam Constantine on keyboards, Phil Quidort on trumpet/trombone and special guest Joe Lovano on tenor saxophone/flute. Then it came together that his brother Joe wanted to record his band in the studio. The date was set June 13, 2012.  We all were honored to have Joe join us on 2 tunes. The new CD is ‘Inspirations’ dedicated to his mother who had passed away suddenly on May 31, 2012, he loves and misses her very much.

The L.A. Project are playing as much as possible, come and check them out soon!

I am currently playing in another extra project called ‘The NAZZ’ , we play 2/3 times a month.. They were looking to replace the drummer and called me to fill in , then ask to join the band… I’m just doing what I love…

This just in I went up to New York with my brother Pat on Oct 29, 2013 to visit with our brother Joe for a few days and hear his band US Five on his opening night of a week long gig at The Village Vanguard and got to sit in on that stage that all the greats played… I’m still shaking…. 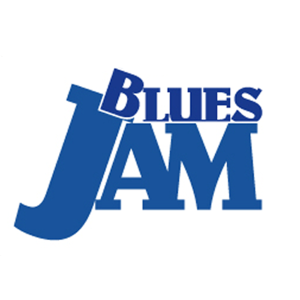