Giovanni “Gio” Castiglione is a 2020 graduate of Solon High School (Solon, Ohio). He is a 4-year member of Solon’s nationally-acclaimed “Music In Motion” Show Choir and served as dance captain for the group in 2020. He is also a 4-year member of the school’s elite 16 member a cappella Madrigals ensemble, a soloist with the school’s Jazz Band and served as President of the SHS Drama Club in his senior year. He has performed in 28 theatrical productions in his career, including 12 at the high school, most recently as The Beast in “Beauty & The Beast” and Dr. Neville Craven in “The Secret Garden”. Outside the school, Giovanni has performed professionally with the Swing City Big Band and 1159 Jazz Band. He also sings bass in the internationally- ranked (16th in the world) barbershop quartet, “Wing It”, and as a lead with the Men of Independence, an internationally-ranked (13th in the world) men’s barbershop chorus. Castiglione is a solo, a cappella performer of the U.S., Italian and Canadian national anthems for various athletic, civic and community events including Progressive Field for the Cleveland Indians. Giovanni will attend Bowling Green State University’s College of Musical Arts in the fall of 2020 as a vocal music education major. 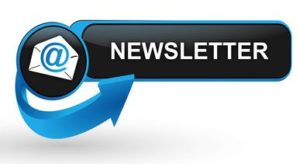 Click to listen to Strictly Blues on iHeart Radio.. Link opens in a new tab.

You are about to leave the Cleveland Blues Society Website to head over to the CBS Store. Once you get done shopping be sure to come on back and hang.